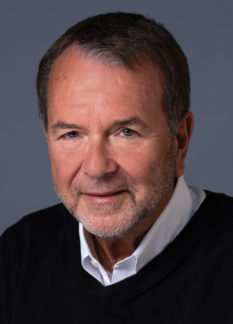 For over 40 years, Richard counseled both local government and business employers on labor and employment law issues. He represented more than a dozen public school systems, including Erie’s Public Schools with over 1,300 employees. A former faculty member in Gannon University's MBA program, he also taught Employment Relations for Penn State Behrend's Black School of Business. He served four County Executives as Solicitor for Labor Relations for Erie County, and served as County Solicitor from 2018-2022.

Richard was the fiction book reviewer for the Erie Reader, the Erie region’s arts and culture magazine. Some of his past reviews can be viewed here. He received his Master of Fine Arts in Writing Popular Fiction from Seton Hill University and is a former commercial pilot. He also coached youth hockey for 12 years. He is conversationally proficient in Spanish.