Like the thousands of (or rather, over a million) small business companies that have submitted applications for loans under the Paycheck Protection Program (PPP) under the CARES Act, you are looking forward to receiving your bank’s approval of your PPP loan and having those funds in your account. It is not too early to start thinking about the ways to maximum your PPP loan forgiveness... because, let’s face it, that is one of the most attractive features of these PPP loans.

While we still do not have the final US Treasury and Small Business Administration (SBA) rules on how the loan forgiveness provisions will work, the CARES Act statute and recent FAQs give us a little peek behind the curtain as to how the forgiveness calculation may be made.

To this end, below is a look at the anticipated math calculation for the PPP loan forgiveness – as far as we know on April 15, 2020. In addition to the key definitions in the CARES Act, the core concepts to consider for the loan forgiveness are:

As noted above, the famous “8-week” period to expend and use the PPP loan funds starts the day you receive the first disbursement of PPP loan funds. According to Question #20 of Treasury’s FAQs, the bank must make the first disbursement of the PPP loan no later than 10 calendar days from the date of loan approval; however, some banks are giving “initial approvals” to customers, but final approval from the SBA may still be pending. Regardless, from a borrower’s standpoint, the 8-week period starts the day you receive any portion of the PPP loan funds.

Once you receive the loan funds, one thing is clear: if you want to maximize the amount of the loan that will be forgiven, plan on spending all of those PPP loan funds before the end of the 8-week period. Under the CARES Act, a borrower and bank compute the loan forgiveness based, in part, on “[approved] costs incurred and payments made during [the 8-week period],” although there is no guidance on the timing of these payments during the 8-week period.

For example, it is unclear whether a borrower can issue employee bonus payments prior the expiration of the 8-week period in order to exhaust and maximize the loan forgiveness. However, based on the general notion that such bonus payments are compensation and are thus eligible payroll costs, it is likely that such bonus payments would be included in the forgiveness calculation. While we expect (and need) further guidance on such matters, we know that each borrower will need to prove the expenditures to the bank/lender in conjunction with the loan forgiveness request.

To that end, we suggest you open a separate deposit account solely for the PPP loan funds you receive so you can document and trace checks or transfers from that account. Moreover, we suggest that the separate account for PPP loan funds be opened at and with the bank/lender that issued the PPP loan to you – if nothing else, it will be an easier task to detail and prove the eligible expenditures and transfers to the very same bank/lender that will be making the decision on your PPP loan forgiveness.

Interestingly, when speaking about payroll costs, the SBA interim rule states that the PPP “provides a loan amount 75 percent of which is equivalent to 8 weeks of payroll (8 weeks / 2.5 months = 56 days / 76 days = 74 percent rounded up to 75 percent).” However, for those you have been closed or shut-down during the pandemic, it is possible (likely?) that your average monthly payroll has declined over the 12-month period that you used to compute the PPP loan amount when you applied to the bank. Thus, you may struggle to reach the 75% expenditure threshold for the 8-week period, especially if your business and operations remain closed. Again, on the notion that you are operating currently or will commence operations in the next few weeks, you should be able to maximize and achieve the 75% allocation by issuing one or more employee bonus payments during the 8-week period, which should qualify as payroll costs that are eligible for forgiveness. However, as stated earlier, we need further guidance on these matters soon, especially since borrowers are starting to receive the PPP loan funds.

Obviously, in conjunction with the SBA interim rule and based on the 75% payroll cost requirements, no more than 25% of the PPP loan proceeds can be used for and spent on the other approved costs under the CARES Act – namely, covered rent, covered utilities, and covered mortgage interest. It is key to review the definitions (see below) for these items to make sure they are eligible for the forgiveness. Ultimately, because of the 25% limitation on these other approved costs, it is far better to use as much of the PPP loan proceeds as possible toward your payroll costs during the 8-week period.

As noted in the CARES Act and the initial guidance from the Treasury and the SBA, your eligible loan forgiveness can be reduced in several manners, one of which is a decline in your employee headcount. To calculate the potential reduction, you first measure your number of full-time equivalent employees (FTEs) during the 8-week period. Now, we THINK the determination of the FTEs is and will be based on and equal to the average number of employees you have over a given period who work at least 30 hours per week.

However, neither the CARES Act nor the SBA guidance received to date has explicitly stated how FTEs will be determined for purposes of loan forgiveness, and there are significant gaps in how part-time and temporary employees are included (or even if they can be included at all).

For a practical example associated with the loan forgiveness reduction, if you had 1,654 regular hours during the applicable 8-week period after receipt of the PPP loan funds, then divided by the 8 weeks, this would equate to 206.75 hours per week, which would then be divided by 30 hours to obtain an average of 6.9 FTEs per week over that 8-week period.

After calculating your average FTEs for the 8-week covered period, this average will be compared to your average number of FTEs over one of two time periods (at your selection/option): either (i) from 2/15/2019 to 6/30/2019, or (ii) from 1/1/2020 to 2/29/2020, whichever has fewer FTEs. Thus, if you had 20% fewer FTEs in the applicable 8-week period than in your applicable measuring period, then your loan forgiveness is proportionately reduced by that 20% amount. Sounds simple, right? But let’s look at it again:

The forgiveness and reduction formula requires a borrower to determine its FTEs for each pay period falling within one of the many different months that are part of the formula, but the SBA does not provide firm guidance (yet) on how to how to exactly quantify FTEs. Presumably and as noted above, it will require the standard approach of dividing the number of working hours for a pay period into the total hours worked.

Regardless, and once we have more guidance to determine the FTEs number, the borrower must compute the “average” FTE during the applicable periods:

Thus, if a borrower’s FTEs in Period 1 are less than Period 2 (which is likely the case for most small businesses), then there will be a reduction in the borrower’s loan forgiveness – UNLESS, during Period 5, the borrower restores any reduction in employees that occurred during Period 3 relative to the date of Period 4. Clear as mud, right? Also, is it all or nothing? To make the point, consider the following:

Right now, it appears there would be no restoration to the reduction of the loan forgiveness at all since the entire reduction was not restored, but we will need more guidance from the SBA on this item.

The second reduction (which is in addition to any reduction based on the reduced employee headcount as noted above) is a dollar-for-dollar reduction based on a borrower’s wages to its employees. In order to calculate this reduction, the borrower needs to identify all employees during the 8-week period that were employed at any point during 2019 and “who did not receive, during any single pay period during 2019, wages or salary at an annualized rate of pay in an amount more than $100,000."

Typically, a calendar quarter is 12 weeks. And the 8-week period is still 8 weeks. This reduction rule appears to be saying that if during the 8-week covered period, an employee was paid less than 75% of what that employee was paid during the previous calendar quarter (prior to the covered period), then the loan forgiveness amount is reduced. However, while not higher math, 8 weeks is only 67% of 12 weeks, and (to keep the math simple) if an employee earned $12,000 for 12 weeks in the previous calendar quarter, and $8,000 during the 8-week covered period, is the borrower required to reduce its forgivable amount by $1,000 – namely, the excess of the reduction ($4,000) over 25% of the $12,000 quarterly salary ($3,000)?

Also, the CARES Act states that the forgiveness reduction is not required if it relates to any employee who, “during any single pay period” in 2019, has an annualized salary in excess of $100,000. Therefore, if an employee got a bonus during one single pay period in 2019 that (when annualized) exceeds $100,000 in total pay for that employee, then is that employee removed from the reduction calculation entirely?

Needless to say, the ongoing theme is this: we need more guidance from the SBA!

Here are somewhat simplified versions of the key statutory terms noted above, which are important when doing any of the overall calculations:

While PPP loan forgiveness is certainly a key part of the CARES Act and PPP loan program, and it incentivizes small businesses to retain (and/or rehire) as many employees as possible and to keep up their prior wage levels, it should not be forgotten that the overall notion of the Act and PPP is to provide an influx of cash and to protect the long-term health of each borrower.

Even if a borrower is unable to achieve 100% loan forgiveness, each borrower should note that, at worst, the remaining “unforgiven” portion is a 1% loan with a 2-year payback period with no collateral and no personal guarantee. These are extremely favorable terms and will offer a significant injection of cash to help support a borrower’s operations – regardless of whenever they may commence operations again in the future.

For more information, please contact Mark A. Denlinger at mdenlinger@kmgslaw.com.

More resources and information regarding COVID-19 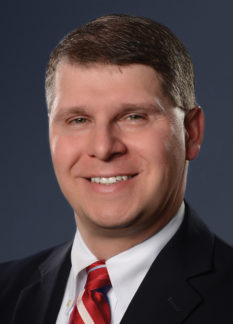 Mark A. Denlinger concentrates his practice in the areas of business, commercial and tax law; banking and commercial lending; nonprofit and tax-exempt entities; real estate; health law and the healthcare industry; and intellectual property & technology.